Pac-Man and the Ghostly Adventures Wiki
Register
Don't have an account?
Sign In
Advertisement
in: Male Characters, Characters, Pac-Worlders, Rivals

Skeebo is a minor antagonist in the series, his role being a primary bully against Pac. He is also a former boyfriend of Cyli.

Skeebo is a blue pacworlder with purple eyes, short, spiked blond hair and white sleeves. He wears blue and white sneakers in white socks. Skeebo is taller than the average PacWorlder, and has an an above average build.

Skeebo is confident, mean, and rude in general. He is cowardly when it comes to ghosts, even though he was one of many who did not believe in ghosts. He is the biggest jerk in the school that Pac, Cyli and Spiral attend. He hates Pac and the color yellow, and is also jealous of Pac. 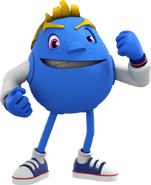 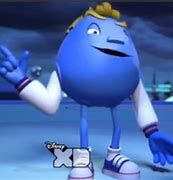